Bicester Heritage is an automotive-focused business hub in the U.K. that operates out of an old World War II RAF bomber station. With dozens of parts and restoration business already stationed at the landmark site, the company is built around celebrating the history of the automobile while exploring the technology of the future. And that’s just the start. Bicester Heritage announced plans to expand into a 444-acre resort, complete with hotel, convention center, driving experiences, and incubators.

In Bicester Heritage’s words, Bicester Motion is meant to be “the first experiential automotive resort where visitors can become fully immersed in the breadth of our automotive culture. … This development will be dedicated to driving experience and the demonstration of high-tech engineering as well as health, wellbeing, events, accommodation and aviation.”

Though it sounds like a fantasy world, it has a high chance of becoming a reality. Some pieces are already in motion, as a 344-room hotel and conference center has already been approved. As seen in the sketch below, the land will have a little bit of everything, ensuring it will be a place for serious enthusiasts, as well as an attraction for families.

The plans include a brand experience center, driver training, a 4×4 area, a nature reserve with lakeside lodging, a tech demonstration space, hangars dedicated to events and expos, automotive storage, and a “future automative speed and technology hub.” In total, it will have at least 770,000 feet for business and leisure accommodation, including restaurants and cafes. 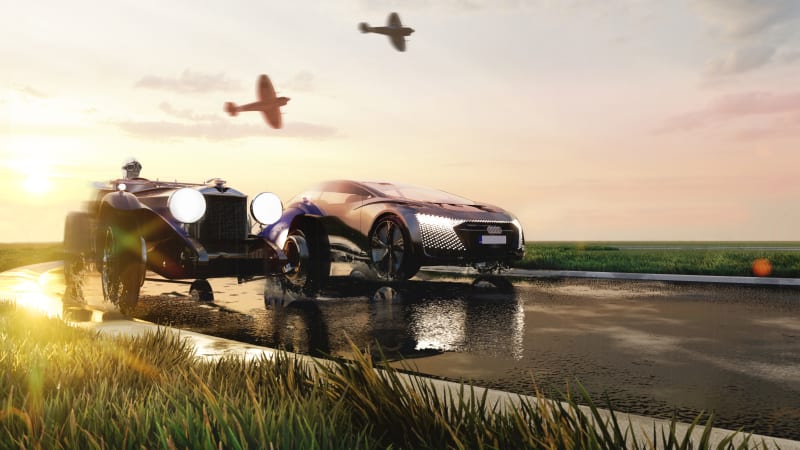 Bicester imagines the resort has the potential to be one of the Top 20 attractions in the country, and its location between London and Birmingham is opportune. The park seems to be the near opposite of another popular car resort, Ferrari World, which is less about the essence of the automobile and more about the essence of thrills.

We also can’t help but imagine this would be the exact type of place that will preserve the love of cars in the future. Some predict that cars will eventually be banned for public use, and a park such as Bicester Motion would be perfect as a clubhouse where enthusiasts can still live out the glory days.