Polestar is directly linked with Volvo, and with that comes an expectation of superior safety technology built into its cars.`However, neither company had ever crashed an electric car until the Polestar 2 came along. With the new drive technology come new crash strategies, and Polestar has detailed those for us today.

If you get in a crash with a Polestar 2, it automatically disconnects the battery pack from the rest of the vehicle. Polestar says this “ensures there is no live connection, as protecting it during a collision is key.” Without an engine living ahead of the passengers, Polestar had to take enhanced measures for frontal impacts. Therefore, Polestar developed SPOC Block. Not that Spock. Instead, SPOC stands for “Severe Partial Offset Crash.” It consists of a solid aluminum block placed on the bottom edge of the front firewall on each side of the car. Polestar says this minimizes “intrusion of the wheel and other objects into the cabin and towards the battery pack during partially offset frontal collisions.” Another (less catchy) updated piece of crash protection is a new FLLP (Front Lower Load Path) that Polestar says offers better protection from direct frontal impacts. 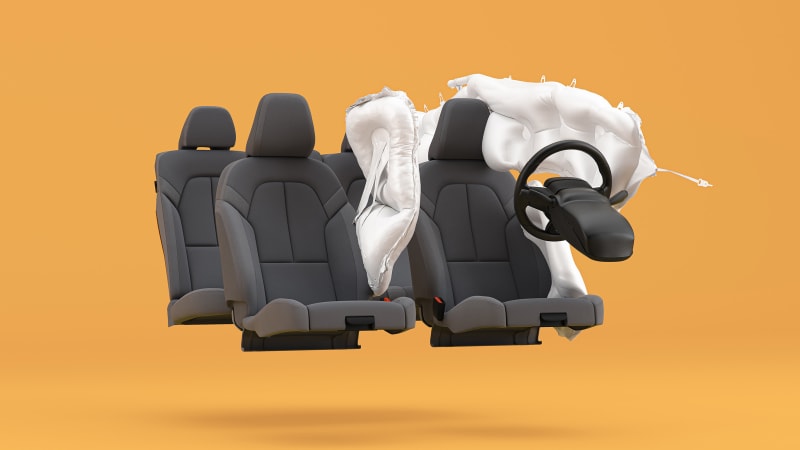 Those are the passive enhancements that Polestar made, but it’s also detailed some new active crash prevention tactics for us, too. To start, every Polestar 2 will be fitted with new inner-side airbags fitted to the front seats. These airbags are meant to provide additional protection to an occupant’s inner limbs. The Polestar 2 also debuts a new generation of the group’s Advanced Driver Assistance System that will begin to creep into Volvos soon. Polestar says the main enhancement is its location-based tech, which can adjust the amount of assistance in acceleration based on the car’s physical location. It’s a bit nebulous for the time being, but we’ll be testing it out when we get behind the wheel.

Lastly, Polestar released the “sound” this car will make to alert pedestrians to its presence. “We deliberately did not want Polestar 2 to sound like a robot or symphonic spaceship,” says Thomas Ingenlath, CEO of Polestar. “We wanted very natural, subtle sounds that simply let pedestrians know the car is moving. At the same time, we wanted Polestar 2 to sound slightly unique and become identifiable as a Polestar, while remaining relatively simple.”

Here’s a link to Polestar’s website where you can listen to the sound yourself. Our take? It sounds like the wind, just blowing at a steady tone.

Polestar recently revised the price downward on the 2. It’ll be available this year in “Polestar Spaces.” Expect the first ones to be arriving before the end of the summer.