Our spies caught McLaren testing its upcoming hybrid sports car on the street, catching it from just about every angle. Unofficially dubbed the HPH (for High Performance Hybrid), the Unfortunately, it didn’t tell us anything we hadn’t heard before. Earlier this month, McLaren released a couple of photos of a lightly camouflaged test car that gave us our best look to date at the new hybrid undergoing development, but the photos provided Monday are far more numerous and detailed.

Despite using a new carbon fiber passenger cell and a hybrid V6 engine, the new sports car looks a whole lot like the outgoing McLaren Sports Series models (570S, 620R, et al). The headlights are a very similar shape, particularly with the similar headlights, radiator intake locations and roofline. The roof almost looks unchanged, down to its flying buttress sections. 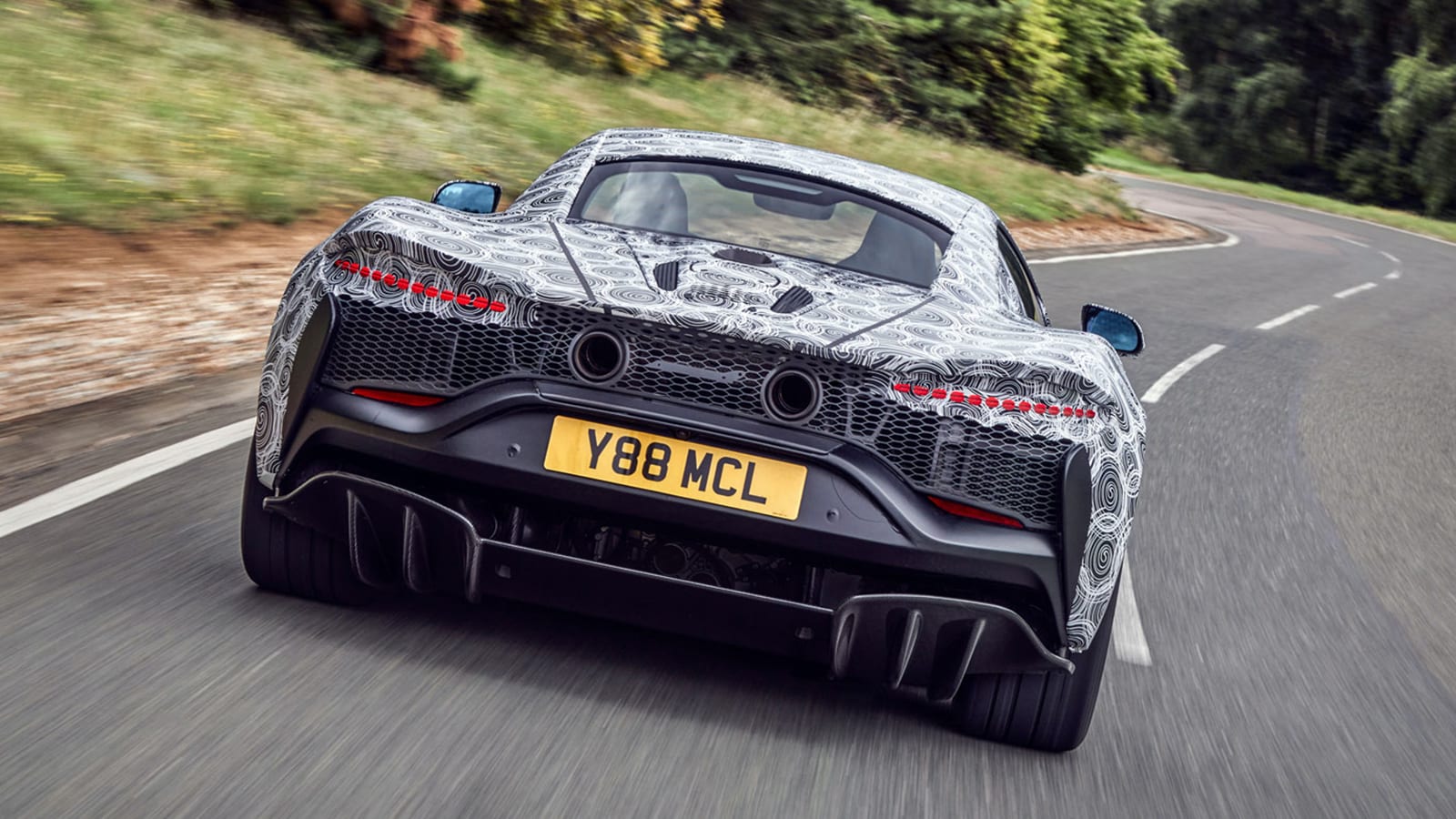 There are differences, though. It looks like a lot of the lower grille area at the front has been blocked off. The headlights look more sunken in, a bit like on the Super Series 720S. The radiator intakes are more open. And at the back, the exhaust now juts out high up in the grille between the taillights. Those taillights have much less of an arc to them, and a different illumination pattern.

The new hybrid McLaren will be revealed in the first half of 2021. It will have a V6 engine, reportedly twin-turbocharged, and McLaren’s CEO says it will have “an all-electric range capable of covering most urban journeys.” Reports suggest a range of 21 miles. This of course suggests it will be a plug-in hybrid. It’s expected to make more than 570 horsepower combined, too. As for the Sports Series the hybrid is replacing, the last examples will be the 620R special edition cars.