A trademark application has revealed yet another evolution of the logo expected to adorn GMC’s new Hummer EV pickup truck, bringing back the big “H” badge utilized on the H2 and H3 model lines of the expanded SUV lineup’s heyday.

The image included with the filing depicts a logo that should be familiar to Hummer fans (or really any American who left their house between 2003 and 2010), with “EV” supplanting the old numerical model indicator. The “Hummer” and “EV” typeface appears to be a direct lift from a filing that surfaced back in April.

This should provide some comfort to folks who are fans of the idea of a future-proofed, all-electric pickup, but want something that embodies the charisma and road presence of the models sold in Hummer’s now-deceased, not-so-environmentally-spectacular incarnation. While we don’t yet know really any details of the new all-electric SUV, we do know it will be sold via GMC dealers, meaning the revived nameplate will not bring the rest of the Hummer brand along with it. 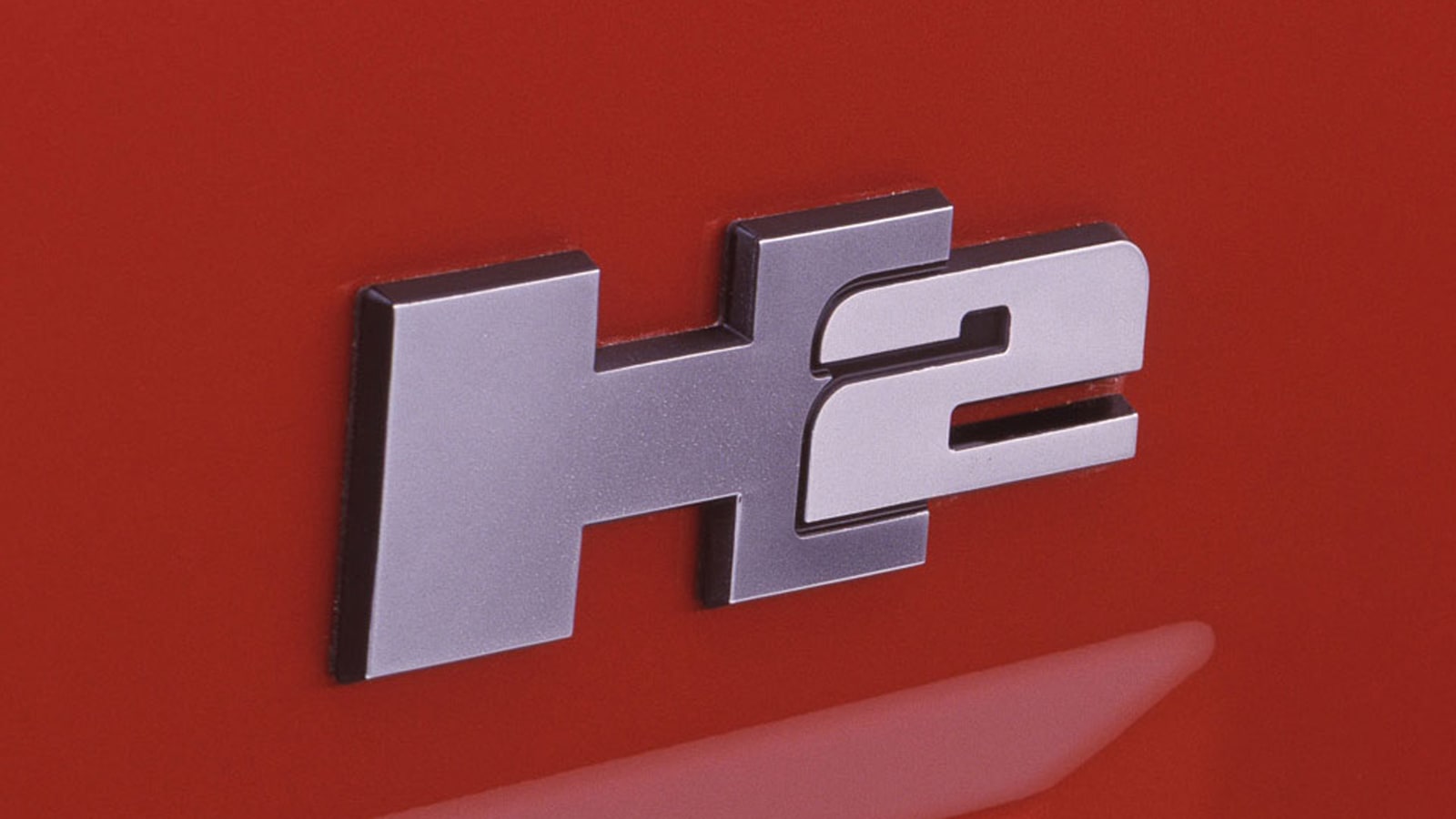 We haven’t really seen much of the new truck, save for teasers and hints here and there. Even the “reveal” back in June only gave us a vague, big-picture look at the truck’s silhouette, and various companion images and videos have hinted at features such as a removable roof assembly.

The truck’s general shape is off-road oriented with squared-off, sharp lines tracing the entire silhouette. Its big, knobby tires and blocky wheels are clear indicators of what GM was aiming for with this electric pickup. As for the SUV, comparisons to the Ford Bronco four-door will be inevitable. If our eyes are picking up the scale of this photo correctly, though, the Hummer SUV appears to be a slightly larger vehicle than the four-door Bronco is. Although, the wheelbase for the SUV is shorter than that of the Hummer truck. That’ll help it off-road. Those small bumpers and short overhangs along with the bumper cutouts should be hugely beneficial to approach and departure angles, as well.

GMC’s shots of the Hummer in the studio are equally as revealing. We can see what looks to be an intense front skid plate and two big tow hooks. In addition to the off-road gear, GMC has allowed a look at the frunk. The front “grille” is one piece with the hood of the truck, so the whole assembly pulls up. That makes for what appears to be a very easy-to-load front trunk compared to other EVs that force you to lift items up and over the front of the car.

Since the new Hummer is effectively a mutt, we can look forward to seeing features from its sister brands, including the next-generation version of Cadillac’s Super Cruise. We’ll have to wait until the truck’s formal unveiling in the fall, ahead of which we expect to start getting more concrete details from GM. GM says you’ll be able to reserve the Hummer online for delivery in fall 2021. That means we’re just a little over a year away from being able to drive the electric Hummer truck and SUV.